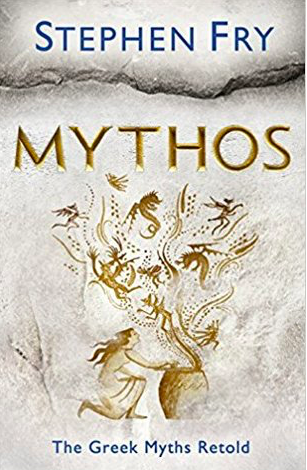 I’m not that interested in Greek mythology and I’m not that into Stephen Fry, but somehow the combination of the two seemed right so when the audiobook was promoted to me, I thought it would be good for a credit.

And it was. In fact, I’m glad I got it as an audiobook as Fry does a great job narrating his own book, as you’d expect. But if it weren’t for his performance I’m not sure I could have made it though all 15 hours in printed word form. Not because there was anything wrong with the book, just that after listening to yet another story of Zeus’s serial rape of a bathing nymph, I lost even my initial tepid interest.

The book did confirm for me that religion is bunk and that our fairy tales and biblical parables rely heavily on the same source material. But after a while, the pattern became predictable: Zeus turns himself into an animal spies on and rapes some bathing beauty, who gets punished by his jealous wife and/or gets turned into a plant or constellation. OK, the tales are historically and metaphorically interesting on an intellectual level, but not actually engaging for more than a few minutes at a time despite Fry’s formidable storytelling skills. That these rather silly stories are the basis of western civilisation, is frankly, remarkable. Or perhaps, simply quite telling.