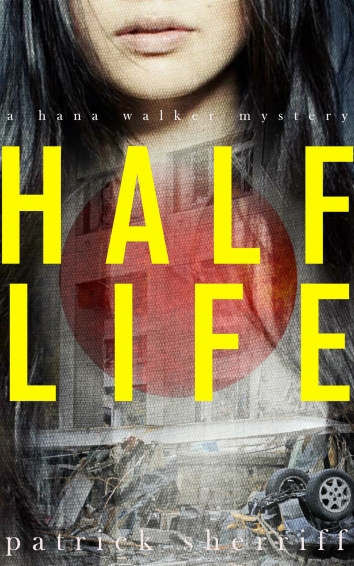 If he had just stopped screaming, he might have heard me say sorry. But I’m old enough to know sometimes people don’t always listen even if they can understand you.
“Sumimasen! Sumimasen!” I’m sorry! I’m sorry!
I dropped to my knees, and scooped the steaming ramen noodles with my hands off the floor back into the bowl. They stung my fingers, but they’d have been hotter if the soup had still been in the bowl, not down his suit trousers.
“I’m sorry.”
He ran into the toilet at the end of the eight-mat room, his whimpers drowned out by the air drier. Aunt Tanaka was watching me from the kitchen on the other side of the counter, the knuckles around her chopsticks as white as the power stones in her bracelet. She hadn’t seen him brush his hand accidentally against my leg as I served water. Or his elbow scrape accidentally against my chest as I turned to take his order. She’d only seen me put the bowl over the edge of the table above his lap.
But the only other customer who had come in with the man had seen.
“Accidents happen,” he said, and grinned.
I smiled back, but lowered my eyes to the floor. Maybe the guy had just been clumsy. I scooped the last of the noodles up into the bowl and felt for my phone, checking again that the ringer was on. I slipped it back into place in my apron pocket.
“I’m the clumsy one. I don’t know what I’m doing,” I said in English to myself.
“I think you do. Allow me to apologise for my young companion,” he said, his English was like on the TV. He held out his business card on a leather carrying case with both hands, head bowed. Aunt Tanaka didn’t stop glaring at me. I fumbled to dry my hands on my apron.
I stood up and held the card with both hands in front of me, looking it over for a good 10 seconds, the way you are supposed to do. Japanese on one side, English on the other. Thick paper, the colour of milk tea.

That was the first chapter of the first Hana Walker mystery, Half Life. Subscribe to my newsletter and receive the whole novel for free, as well as a humorous short story, I am Not a Foreigner, exclusive to subscribers.