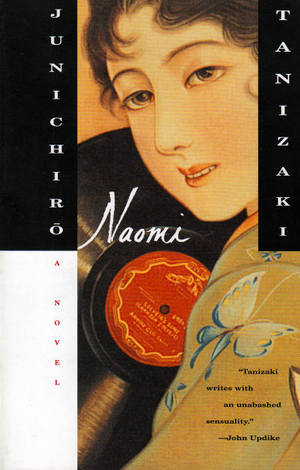 I wanted to like this book, I was all titivated for something perhaps a little erotic (John Updike is quoted on the cover as saying “Tanizaki writes with unabashed sensuality,” or something bitingly acerbic about Japan’s infatuation with the West (just as the West reciprocates with its designs upon Japan) and I guess those threads were there, if you felt like pulling at them. I tried not to read the 1924 tale of a Japanese salaryman grooming a 15 year-old waitress to become his wife without too much of the sensibility of a modern left-0f-centre reader, but when Naomi turns the tables on her manipulator to control him, I didn’t find any of it sensual or evocative or partuicularly metaphorical or dramatic, I just found it an unengaging tale of two unlikable characters. Still, everybody else seems to rate it as a great modern Japanese classic, so it’s probably just me.