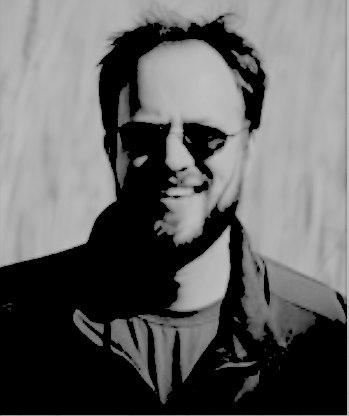 Alexander O. Smith is an award-winning freelance translator of  video games, novels, manga, and lyrics from Japanese to English. He graduated from Harvard University with an M.A. in classical Japanese literature in 1998. Based in the hills of Kamakura, Alex generously spent time over the past few months answering my emailed questions about his work translating crime novels

Alexander O. Smith: Keith Kahla, the executive editor at St. Martin’s, who has published all of my Higashino translations, is a bit of a Japanese literature/anime aficionado, and came across my name in the credits for the TokyoPop publication of the Twelve Kingdoms series of fantasy novels. He liked my work there, and so I was put on a shortlist of potential translators for the first St. Martins Higashino book, The Devotion of Suspect X. They then sent out a test to me and I believe three other translators, which consisted of a passage from early in the book where we first see the victim enter the killer’s apartment (not too much of a spoiler – it’s all over by the end of the first chapter.) I’m told that my test prevailed because of the way I’d handled mention of the kotatsu, a low, heated table commonly found in Japanese apartments, the details of which were particularly important in this novel.

It’s often challenging to make the right call on how much to “localize” a work. Leave too much local detail in and you risk cluttering the page or losing the reader. Strip too much detail and you lose that sense of place. Typically, when faced with something unfamiliar to most Western readers, like the kotatsu, it’s easier to just gloss it as a “table” or “low table.” After all, in a mystery book, the author’s (and thus the translator’s) goal is primarily to entertain, not give a lecture on Japanese culture. But when the specifics of the kotatsu (it has a comforter hanging down from the edges which obstructs the view of the area beneath, it has a braided electrical cord leading to the heating element on the underside of the top, it’s typically positioned in the middle of a small, Japanese-style room, etc.) are integrally important to the story, as they were in Devotion, your hand is forced. How well you’re able to sneak those details in by inventing dialogue (“Your kotatsu‘s off,” Hiro grumbled as he slid beneath the low, heated table and fumbled for the switch) or otherwise provide additional context can have a large effect on the readability of the prose.

It sounds like you wrestle with balancing plot with the need for exposition as much as any novelist. And that the details you added may have gone some way to making Devotion such a good read and success in English. Could a good translator actually improve a novel or is that a blasphemous thing to say?

I’d expand that to include more than just exposition. Most of the things an author needs to keep in mind while writing are also a literary translator’s concern, though at differing depths. Translators, like authors, play the balancing game of weighing their own interests and inspirations against audience expectations (real or imagined), plus the expectations of the genre and the publisher. Even plot is a concern for the translator since, while you might not be in there fixing the plumbing, you have to know how everything works together in order to successfully tell the story in a new language. To put it another way, while the characters and events are in the author’s hands, the way the story is told is largely the purview of the translator. Note that this is true in varying degrees depending on the specific genre and language pairing. I expect that less adaptation needs to go on in a novel translated between Romance/Germanic/Slavic languages because of the heavy cross-pollination between authors in those languages, and the shared roots of the languages themselves. Also, just within the Japanese/English pairing, some genres, like literary fiction, tend to require less tweaking because of different reader expectations. Action, however, seems to require the most tweaking due to vast differences in how action is portrayed in Japanese and English. Mysteries and fantasy are somewhere in the middle.

Pardon my ignorance, but how exactly is action treated differently in Japanese novels from Western ones?

This isn’t the case in every Japanese novel, or even many, but there is a certain style of writing I’ve encountered in genre fiction from Kurimoto Kaoru’s “Guin Saga” to novelizations of video games, where action is described in an almost stream-of-consciousness style, as opposed to the sparse, rigidly chronological account we’d expect in western fiction. For example, the description of a particularly significant punch might start with a simple “A punched B” statement, but the next sentence could jump back to the buildup for the punch, then back to the punch making contact, then off on another tangent, sometimes several, before finally getting to the aftermath. Due to the lack of subjects in much of Japanese writing, it can get quite bewildering.

They say book reviewers are frustrated novelists. Could the same be said of fiction translators?

Well, for one thing, it’s far easier to get paid as a translator than as a novelist though the potential rewards down the line are far smaller, and you can forget any status that some novelists may aspire to. Nor do I think many novelists quit and fall back on translation, given that it can take many years to get up to speed as a translator. I do know some translators who go on to become novelists, and there are many translators who write non-fiction as well. So I wouldn’t call us frustrated novelists. There are, however, plenty of frustrated translators!

Is there a different set of skills you have to draw on as a translator of fiction as opposed to non-fiction?

Depending on what kind of non-fiction we’re talking about, there’s quite a lot of overlap in skill sets. The least overlap is going to be found in something where the storytelling patterns are fairly well established, such as news or scientific journals. However, presenting something like a self-help book often requires a complete re-imagining of layout and presentation, so we’re back to storytelling.

How about other genres within fiction? Are there any particular highs or lows peculiar to translating crime fiction?

Some genres are more forgiving of little details than mysteries, for sure. A kotatsu can be a table in almost anything, but in The Devotion of Suspect X it had to be a kotatsu. Similarly, there’s a very deliberate way that information is presented in many mysteries, and you have to be careful to maintain the author’s emphasis on certain details at different points in the book. This can make translating many Higashino novels difficult because the books were often serialized in a newspaper first, so there’s quite a bit of repetition in there that doesn’t get edited out when the book is repackaged as a single volume, and it can be challenging to weed out what’s repetition due to serialization, and what’s deliberate. Often, the only way to approach it is to translate through the whole book, then go back and make sure everything works.

The trick with handling different genres is being comfortable with those genres in both the source and especially the target language. If I know what fantasy readers are expecting when they read a book written originally in English, I’ll know how to steer a translation so that it plays by the rules of the genre in English where it makes sense to play by the rules. It’s tricky, because if the book is breaking genre expectations in the original, you want it to do the same in the translation…

What was your favourite book to translate?

My favorite Higashino to translate was probably Malice because of the different styles Higashino used to give the main characters distinct voices, and the self-referential meta-dialogue about the trials and tribulations of being a writer was amusing.

My favorite book across all authors to translate was the SF novel Harmony, by the late Project Itoh. It’s the perfect blend of western-style action and the thoughtfulness I associate with Japanese fiction. I’m sorry he’s not around to write more.

What no.1 piece of advice would you give to wannabe fiction translators?

Can I give three pieces of advice?

1. Read as widely as possible in the source language so you appreciate the larger context of your work. If you pick up a book to translate that happens to be a parody of its genre, you wouldn’t know it unless you’d read enough within and outside the genre to properly place it.

2. Write as much as possible in your target language, and seek out opportunities for feedback. College classes are excellent for this, but writing groups online or in person can fill that role as well.

I passed the Higashino torch on to the very capable Giles Murray, who translated Newcomer (新参者) for St. Martin’s Press. Looks like that’s coming out November 20, 2018, so something to look forward to! There are a few other Higashinos coming out from other publishers as well, but I don’t know which ones or who’s translating them.

Subscribe to my newsletter for 10 monthly links no budding Japanese crime-fiction-aficionado should live without, including the first Hana Walker mystery, Half Life, for free.